What Does a Number Mean?

Recently I had a recreational runner come to see me about knee and hip pain that was keeping her from running. We will call her Susan. She had driven 2 hours to my office and was obviously very concerned. Susan had been seen by other healthcare professionals but her pain was not resolved and she was contemplating surgery and even worse…giving up running.

Now, I don’t know if you have been around runners (I am not one…I hate running!) They obsess over running. They need to run not only for their health but for their sanity! In Susan’s case, she wanted to fix her pain when running but even more, she NEEDED to run. It is her safe and happy place. She had been training for a half marathon and was now fearful that she would not be able to run it, or if she did, she would not be able to complete it.

For Susan, it was more than a painful running injury, it was also an emotional injury that caused uncertainty, fear, and insecurity.

In the clinic, we assessed her situation, set up a treatment plan and worked through the injury and helped her return to running. To me, this was a simple issue and easily resolved. To her, it was a huge barrier to her happiness. To me, it was mechanics, strength and gait cadence. To her, it was fear, anxiety and worry.

A few days ago, I was given one of the kindest and most meaningful gifts along with a note…it was a number. Not just any number, it was her bib number.

Now, for those of you not familiar with competitive running, each athlete is given a number as part of their participation. It keeps track of the athlete, associates their running times to them and is their identity in the event. A bib number is the culmination of work, training, effort and most importantly, the ultimate goal. It represents the work that they did to be able to participate.

I found the small envelope on my desk and opened it. I found a note and this bib number. 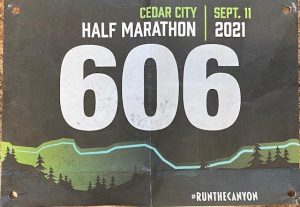 I had to reflect on the kindness of this gesture and “What does a number mean?”

Have you ever heard…

Numbers have meaning:
An additional number on the bib number was September 11. It was the 20th anniversary of the 9-11 attack on the twin towers. 911 is the number we call for an emergency. All the variations of 3 simple numbers can have great and profound meaning to anyone who has had to use them or respond to them.

Numbers have meaning:
What is the score of the game? Where is your favorite team ranked? What is that number?

Numbers have meaning:
Have you ever heard anyone announce a new baby birth? My wife Tonya gets annoyed with me if I don’t supply key information. I have to know if it is a boy or girl, is mom ok and how much the baby weighed. A baby’s weight has meaning. It gives depth and breadth. It can be a sign of health and sympathy for the mother…especially in the case of my son that was 10lbs. 6oz. I heard some of you gasp! Don’t worry Tonya was fine after our next son was 9lbs. 7oz. It didn’t hurt me a bit…but that number has meaning to Tonya!

When I opened the small envelope I knew the huge meaning that a bib number meant. Susan gave me a part of her identity, her success, her struggles, her anxiety, her frustrations and her meaning.

Susan gave me a number. She gave me her number…Numbers have meaning!

Post written by Dr. Quackenbush on September 22, 2021.
Please visit our website at www.deltafillmorept.com to discover how we can help you rehab and
injury and live pain free so you too can reach your meaningful numbers! 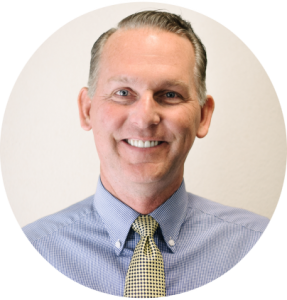