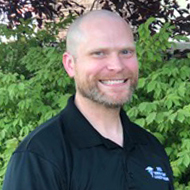 Randy was raised with a Father in the Air Force and spent much of his youth living in Western Europe. He Graduated high school from Layton High and served a mission for the LDS church in the Netherlands. After he got home, he married and went to BYU where he got his bachelor’s degree in exercise science and his first child was born. After BYU he went on to obtain his doctoral degree in physical therapy from Washington University in St. Louis where his second child was born. After Graduating from PT school Randy moved to Delta and has enjoyed working and living in this community since 2010. He has had two more children here in Delta and helps serve the community as a member of the local sheriff’s posse/search and rescue.