My last blog post touched on the Pitch Smart Guidelines for Pitch Counts depending on the age of your pitcher. The following are Risk Factors to consider when your youth pitcher is throwing and engaging in pitching activities.

Pitching While Fatigued
“Watch for signs of fatigue during a game, during a season, and over the whole year. The American Sports Medicine Institute (ASMI) found that adolescent pitchers who undergo elbow or shoulder surgery are 36 times more likely to have routinely pitched with arm fatigue.”
So what does pitching fatigue look like? In my experience, when a pitcher has difficulty throwing strikes, his mechanics are starting to break down or his arm is starting to drop are all signs of fatigue. Pitchers can also become fatigued at an easier pace depending on how many pitches they throw in one inning and if they are stressful pitches or not (i.e. runners on base or pitching deep into counts).

Throwing Too Many Innings over the Course of the Year
“ASMI found that players who pitched more than 100 innings in at least one year were 3.5 times more likely to be injured than those who did not exceed 100 innings pitched. Every inning — whether it be during a game or showcase event — should count toward that threshold.”
This takes a lot of diligence to keep track of this for your young pitcher. Be consistent and also be willing to keep his workload restricted no matter how good he may be. It will also give a chance for the team to have multiple options for pitching.

Not Taking Enough Time off from Baseball Every Year
“ASMI also found that pitchers who competed for more than 8 months per year were 5 times as likely to suffer an injury requiring surgery. Pitchers should refrain from throwing for at least 2-3 months per year and avoid competitive pitching for at least 4 months per year”.
Yes, it is okay to play other sports. The cross-training kids get from other sports will improve their overall athletic abilities and will decrease the workload on their throwing arms.

Throwing Too Many Pitches and Not Getting Enough Rest
“Daily, weekly and annual overuse is the greatest risk to a youth pitcher’s health. Numerous studies have shown that pitchers who throw more pitches per game and those who do not adequately rest between appearances are at an elevated risk of injury. While medical research does not identify optimal pitch counts, pitch count programs have been shown to reduce the risk of shoulder injury in Little League Baseball by as much as 50% (Little League, 2011). The most important thing is to set limits for a pitcher and stick with them throughout the season.”
Please refer to my other blog post for pitch count guidelines or go to the pitch-smart guidelines for more information for pitch counts.

Excessive Throwing When Not Pitching
“A pitcher should not also be a catcher for his team as it is the next most throwing-intensive position and results in far more throws than players at other positions. ASMI found that amateurs who played catcher while not pitching were 2.7 times more likely to suffer a major arm injury.”

Playing for Multiple Teams at the Same Time
“Players who participate on multiple teams at the same time are at an increased risk of injury as it makes it more difficult to monitor pitch limits and results in reduced rest.”
This is becoming more and more common and I get it. You want the best pportunities for your child to get innings in and to get more opportunities to play. However, this goes back to fatigue, pitching too many innings and excessive throwing.

Pitching With Injuries to Other Body Regions
“Players should be cautious about returning to play after any injury. A sprained ankle or oblique strain can imperceptibly affect the player’s biomechanics, changing the way he throws and putting more stress on his arm.”
Consistently ask your athlete how they are doing and feeling. There is something to be said about playing through pain but most of the time it is not a good idea. Many injuries occur when smaller injuries are compounded. So what could be resolved in a week or two of rest and rehab turns into season ending. Be open with your athlete and try not to make them feel like they are getting punished if they are hurting.

Not Following Proper Strength and Conditioning Routines
“While often overlooked, any strength and conditioning program should include a shoulder and elbow component. Numerous studies have shown that deficits in upper extremity strength and mobility are strongly correlated to serious arm injuries.”
There are many simple exercises that can pay off greatly in reducing injuries in the future along with improving performance. Some of the exercises I recommend to start off with are planks and rotator cuff exercises with a resistance band. 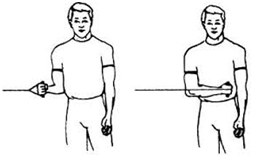 Not Following Safe Practices While at Showcases
“A showcase can be a terrific opportunity for young players to demonstrate their skills for college coaches and professional scouts. However, pitching in a showcase during the offseason can be particularly hazardous, as it is difficult to get back to healthy game condition and it also makes it difficult to get sufficient offseason rest. Pitchers should treat these appearances as they would any other game for purposes of daily, weekly and annual pitch count limits. Furthermore, they should avoid the temptation to overthrow in an attempt to make a favorable impression.”

Throwing Curveballs and Sliders at a Young Age
“While existing research has not consistently shown a strong connection between the curveball and injuries, Yang et al., found that amateur pitchers who threw curveballs were 1.6 times more likely to experience arm pain while pitching and Lyman et al, found that youth pitchers who throw sliders are 86% more likely to experience elbow pain than those who do not (Lyman et al., 2002).”
This is a big question I get from many people. I recommend waiting until your child is 13-15 years old. I would recommend a young pitcher develop a good fastball and a good changeup before they start working on a curveball. The changeup is the safest pitch a pitcher can throw.

Radar Gun Use
“While radar guns do not directly cause harm to a young pitcher, they can inspire pitchers to throw harder, oftentimes beyond their normal comfort level, in an attempt to impress others. This may create additional strain on the arm. Research has linked faster pitch velocity with higher risk of injury. Pitchers who succeed in the long run at all levels — especially starting pitchers — are the ones who are able to vary speeds for each pitch type, making themselves more difficult to hit and also enabling themselves to go deeper in games with less fatigue and risk of injury.”
It is okay to not throw 100% all of the time. I like to have pitchers start out by throwing about 85% and pacing themselves throughout the game. It will also allow them some room to reach back and throw harder for a pitch or two in certain situations later in the game.
There are many risk factors to consider as you help your child maximize his pitching abilities. It is important to take a proactive approach to prevention and being aware of your child’s workload. I personally loved playing baseball year round when I grew up. There was nothing else I wanted to do. But I sustained an injury in my elbow during my 8th-grade year and an injury in my shoulder during my 9th-grade year. That is why I became a physical therapist. If you have any questions about workload, exercises, and body mechanics do not hesitate to contact us. Best of luck to all our youth athletes. 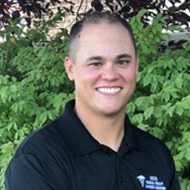